On 1 April 2011, Emerige and AOG acquired the former Panhard site between Avenue d’Ivry, Boulevard Masséna, Rue Nationale and Rue Regnault in Paris 13 off-plan from GDG Investissements. The entire area was originally occupied by the former Panhard Levassor car plants that opened in 1891 and closed in 1967. As part of the development scheme, the Panhard block has been transformed into 22,000 m² of office space, and SPARK is the 5,500 m² commercial building that will complete the southern tip of the scheme, with 4,800 m² of the total being leased to a world leader in its market segment. The remaining 700 m² are leased to SNCF on behalf of its architecture subsidiary AREP, a multidisciplinary planning and construction design practice.

A new environment for business and life

The area directly around the building combines the vitality of an attractive business environment with the energy of a busy community typical of Paris. Spark is just a few minutes from Paris Rive Gauche, the largest urban development scheme in Paris which is repurposing 19th century Haussmann-style buildings as eco-friendly homes, offices, shops and leisure facilities. With three metro lines (3, 7 and 14), tramway line T3, a high-speed link to the RER A regional express rail service and the Paris périphérique ring road all nearby, central Paris and the main destinations of the Paris region – including Orly airport – are all within easy reach. A comprehensive network of bus routes, shuttle services and Vélib bike rental points immediately outside the building add a choice of soft transport solutions. 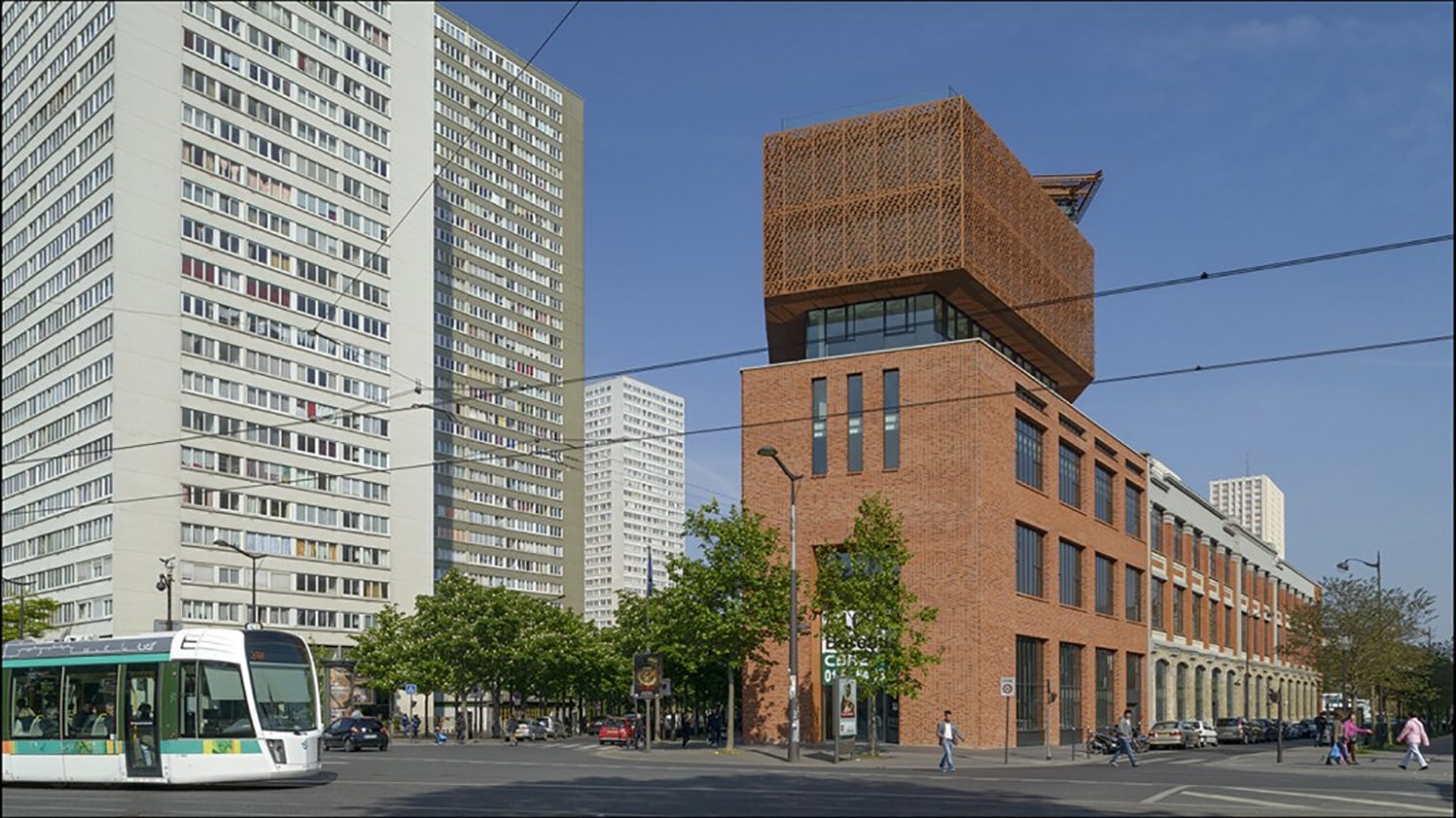 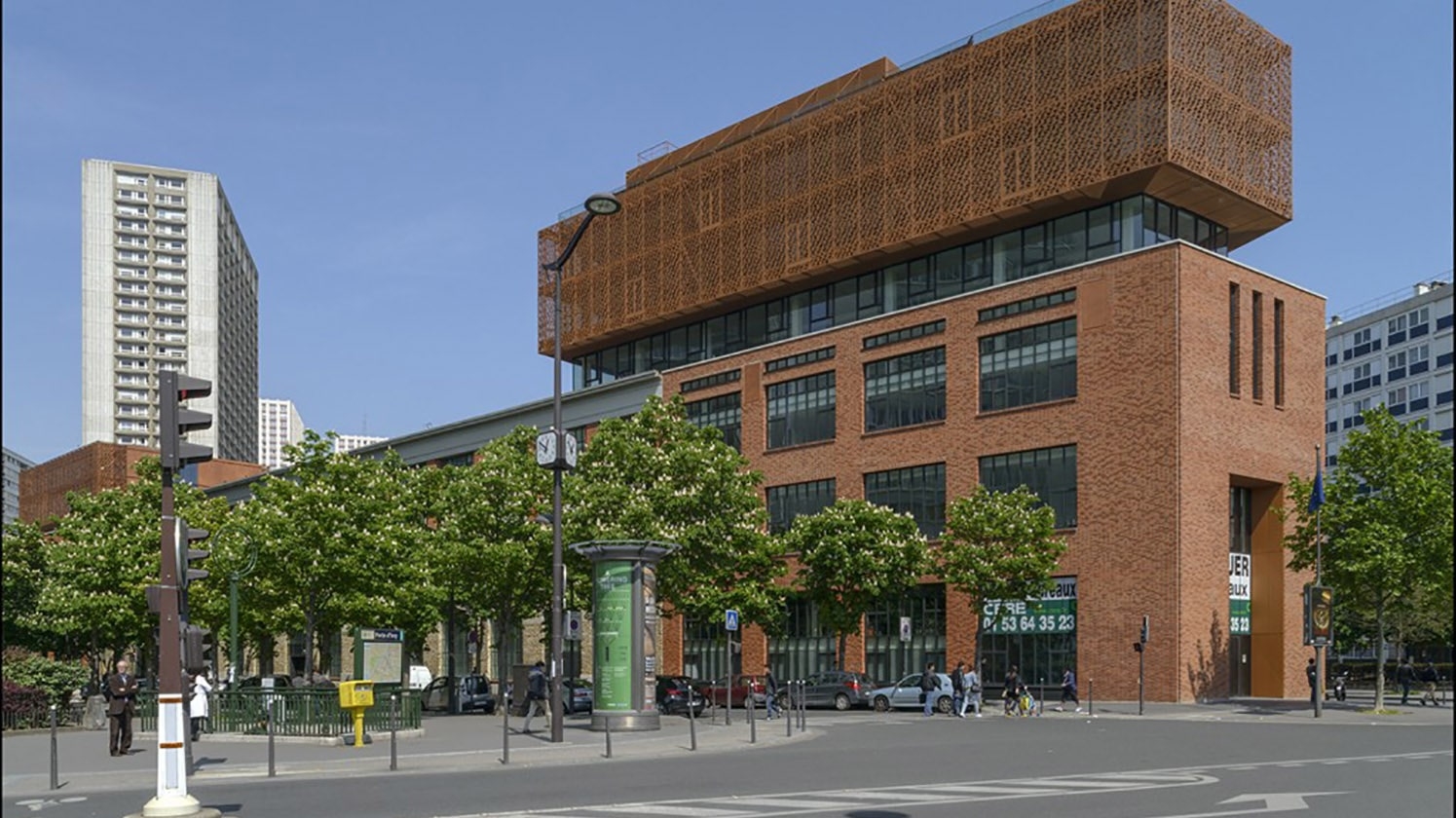 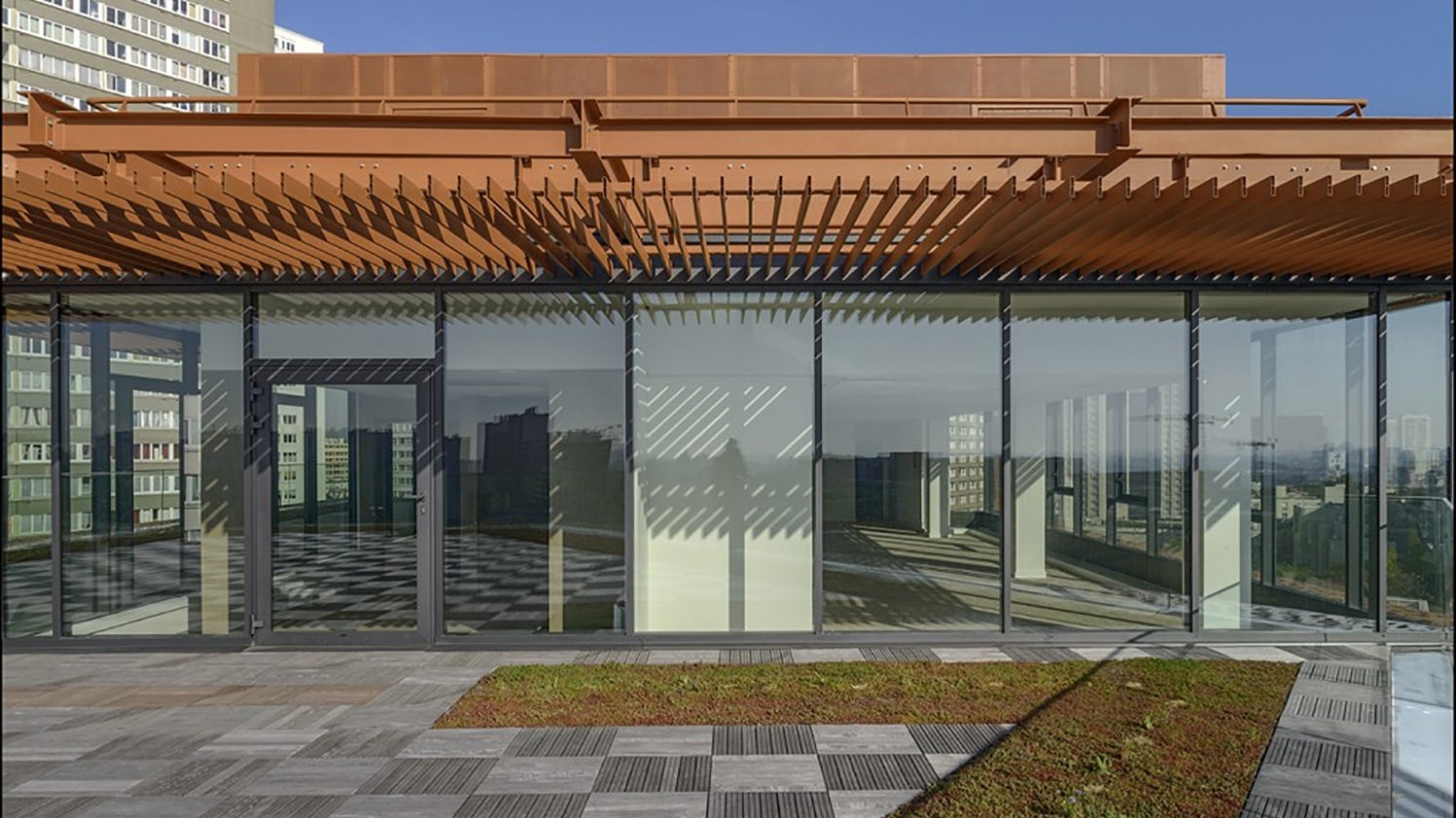 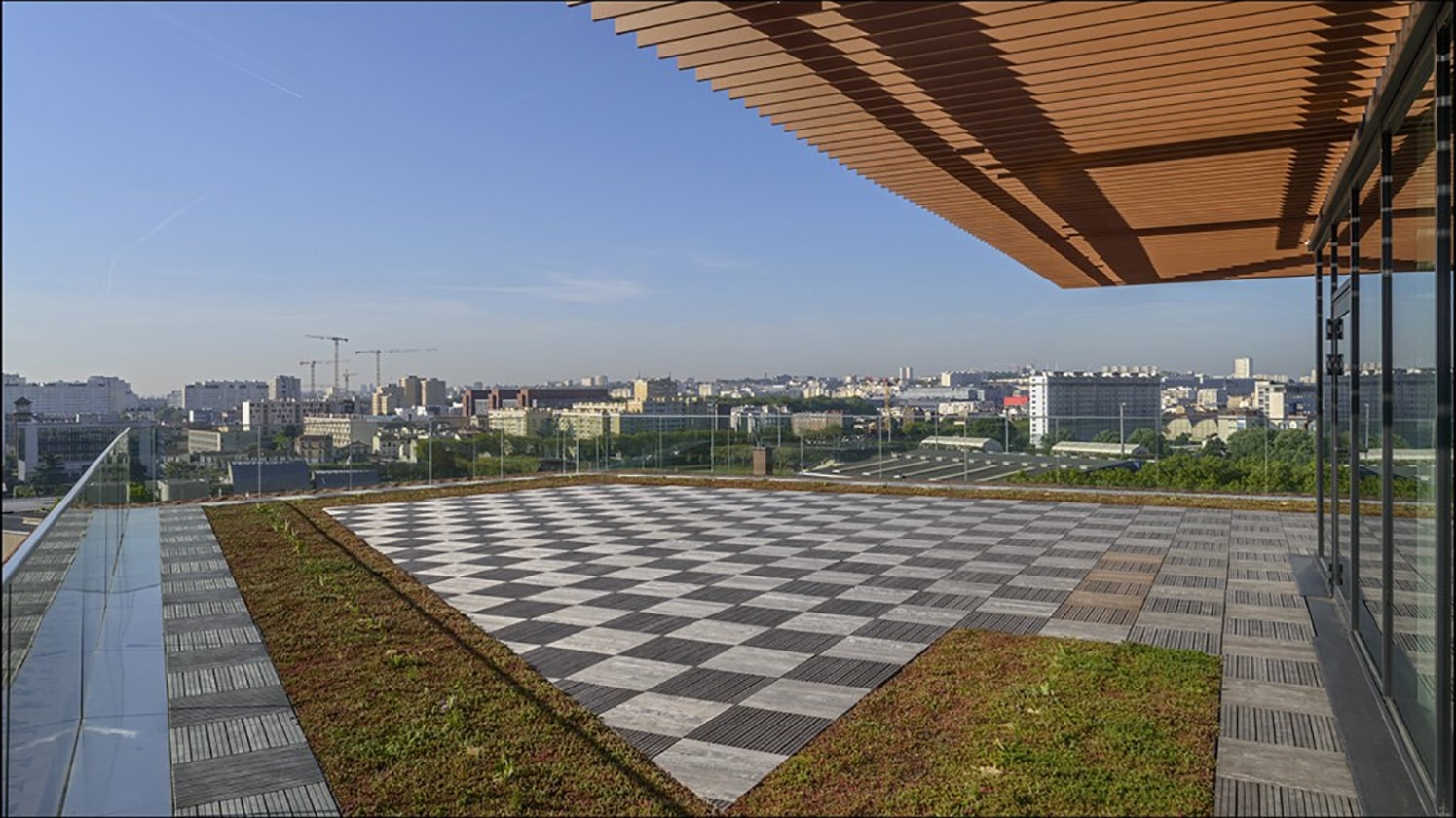 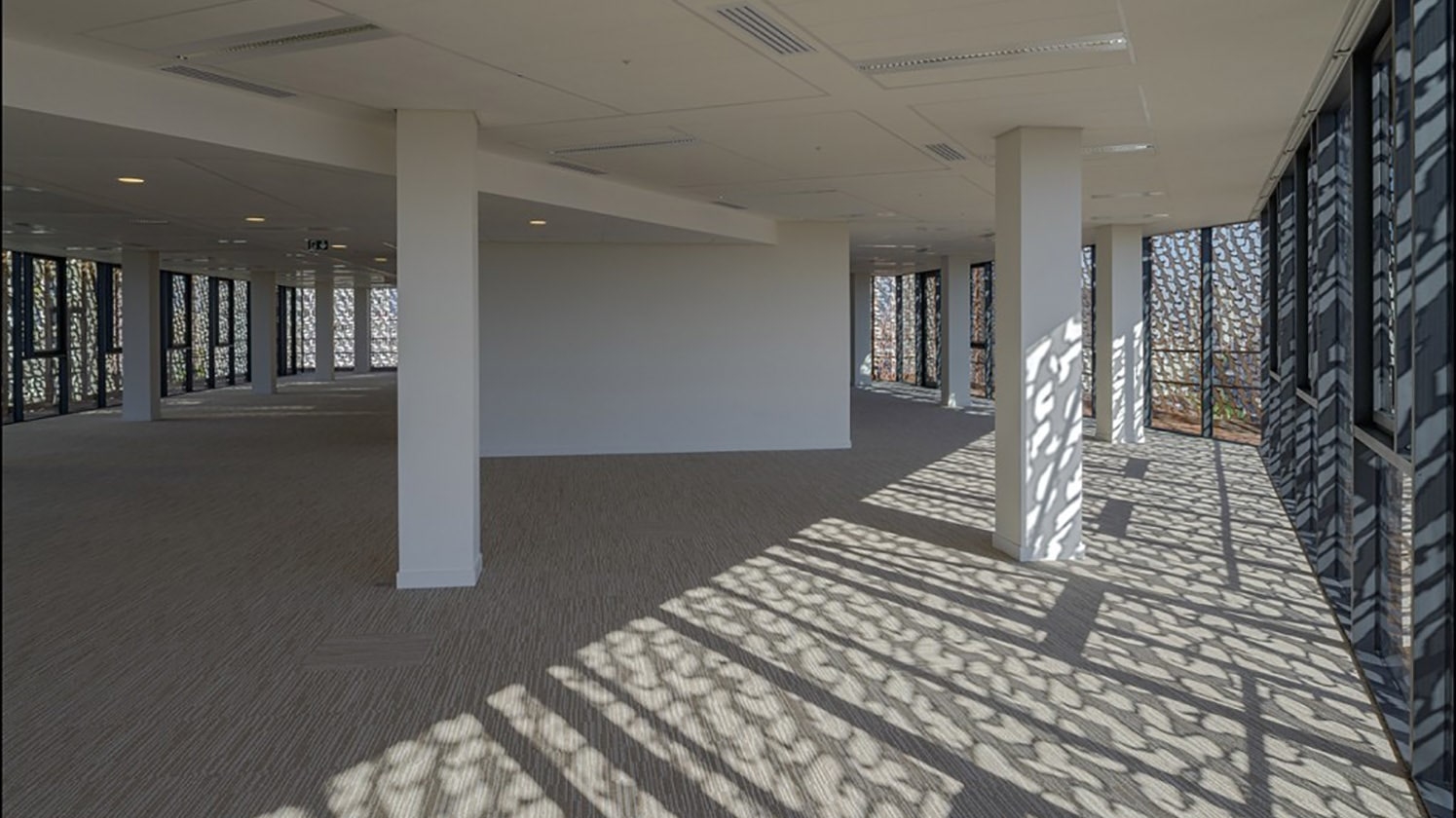 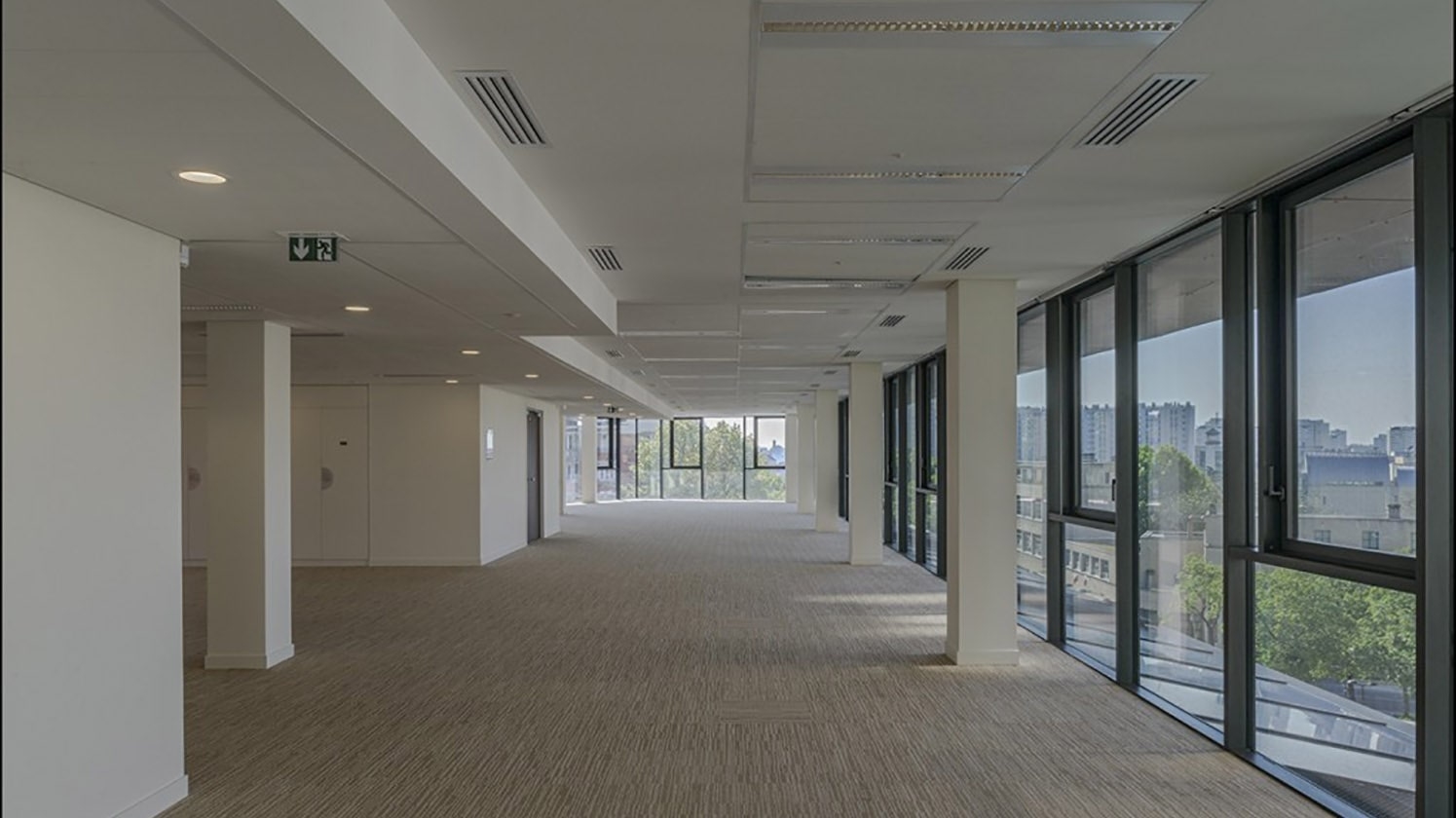 The architectural style of the building is inspired by a factory aesthetic that is simultaneously authentic and contemporary, thanks to the use of red brick facings, its ornamentation and proportions, and its generous metal-framed windows. “Extending the history of this remarkable icon of Parisian industry to create an urban landmark and provide a unique contemporary workspace”. AREP architects.

The extensive and brightly lit reception hall ensures a high-quality initial contact with the style of the building, and one that reflects the premium profile of its occupant. Transparency and sophistication work together to create a unique first impression. Natural materials, contrasting influences, seamless and aesthetically pleasing lighting… Every element of the sophisticated decorative style is designed to create a welcoming and intimate atmosphere through a combination of wood, metal and stone.

The variety of its spaces and their ergonomically designed layout make this building particularly conducive to maximum performance. It is the ideal working tool for ensuring the wellbeing of occupants and accommodating their organisational principles. The generous working spaces are flooded with natural daylight, and offer employees premium services and facilities, at the same time as maximising their comfort during the working day. The nature of the design and the high quality of its internal systems make this a project that targets BREEAM (Very Good level) certification, as well as HQE® commercial building certification, which targets 20% lower energy consumption than the requirements set out in the 2005 French thermal regulation. 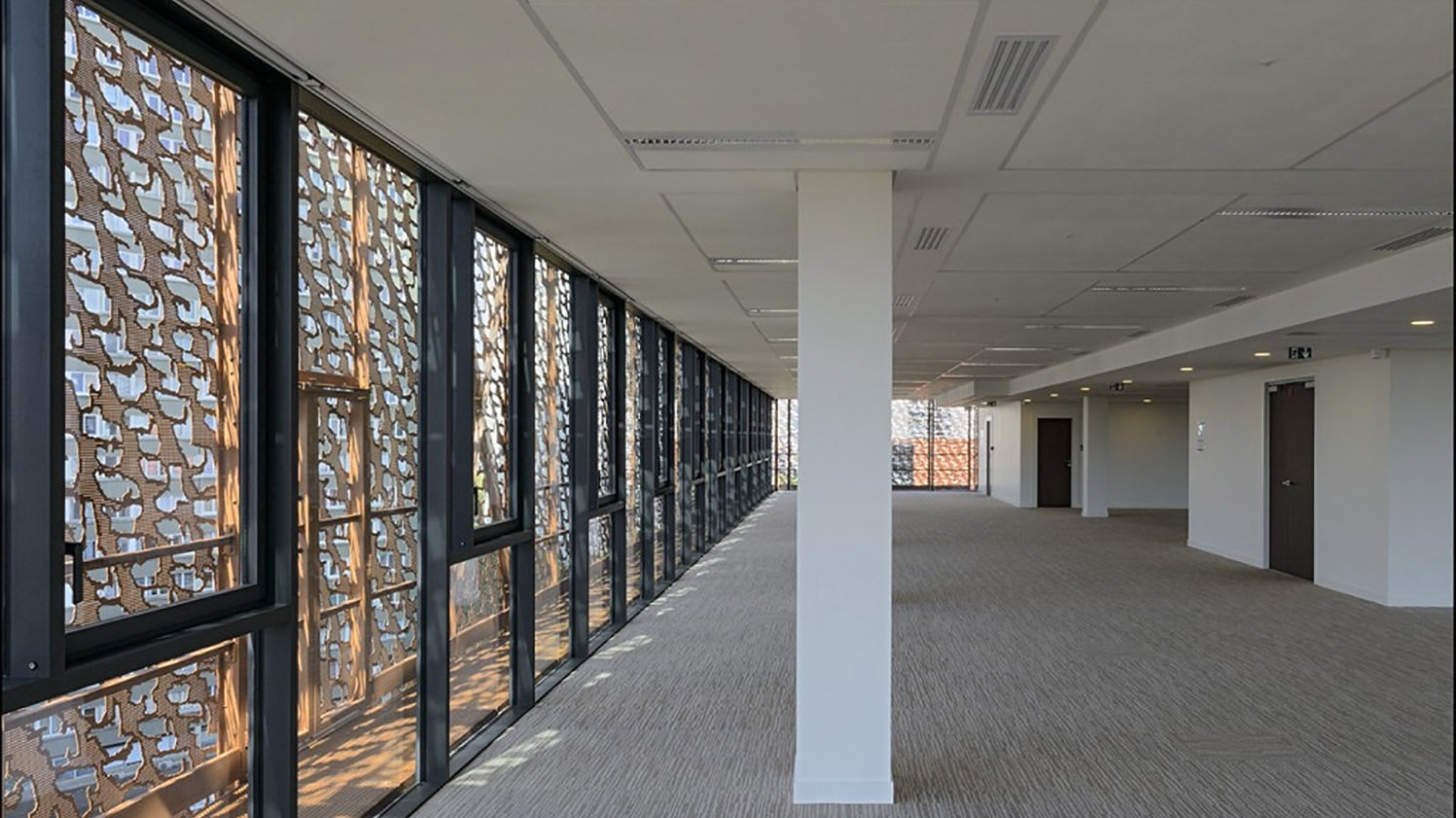 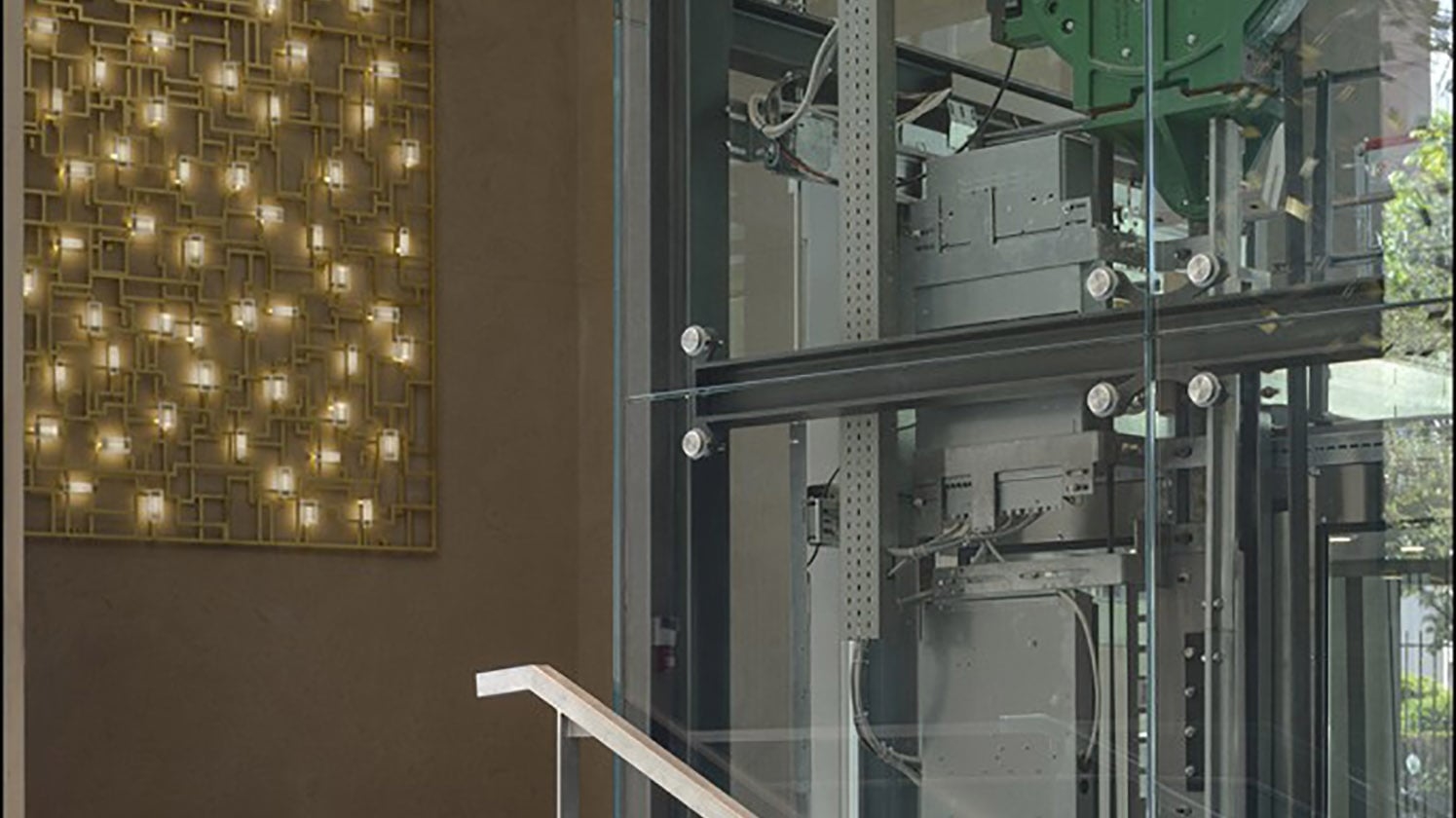 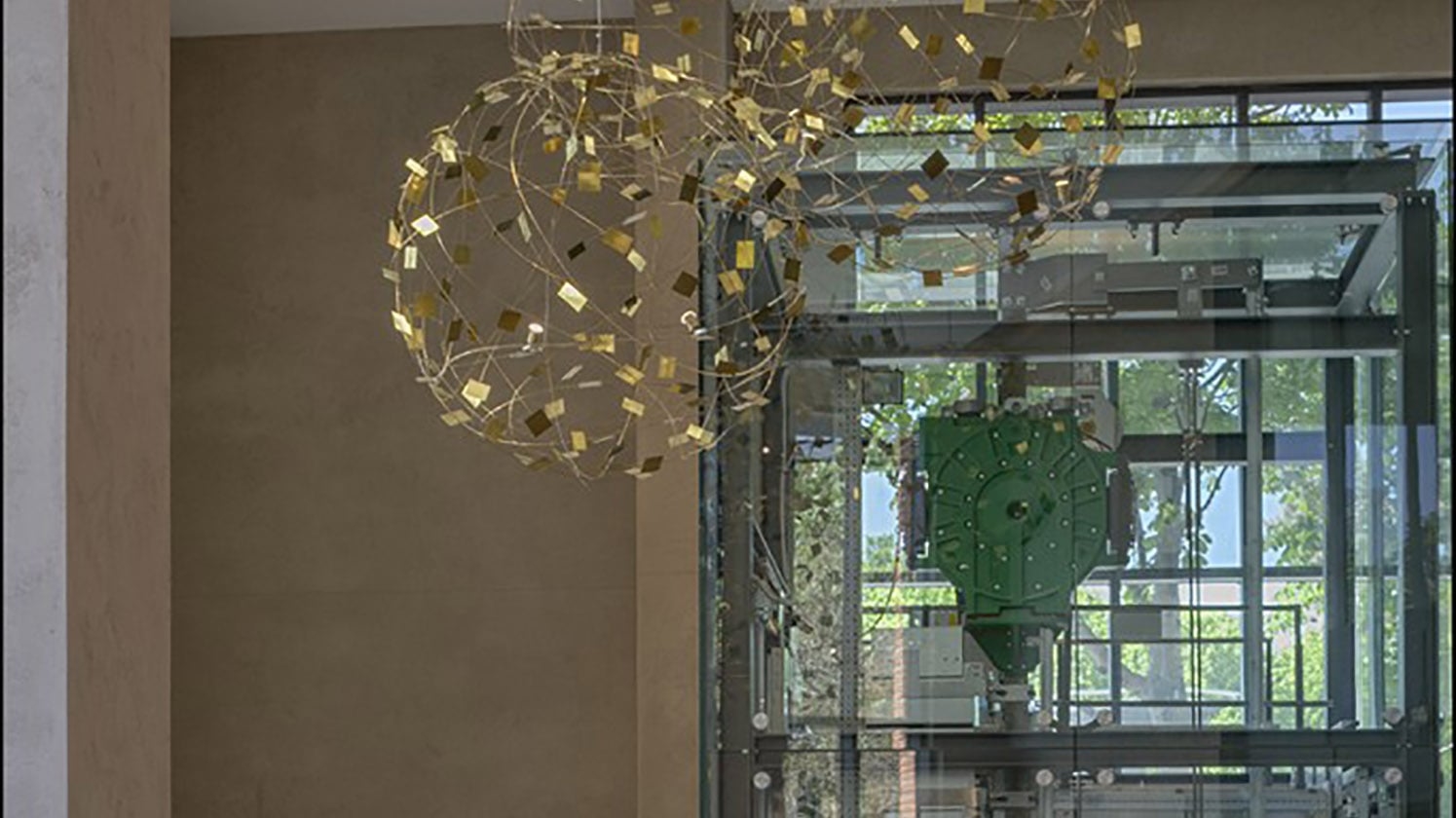 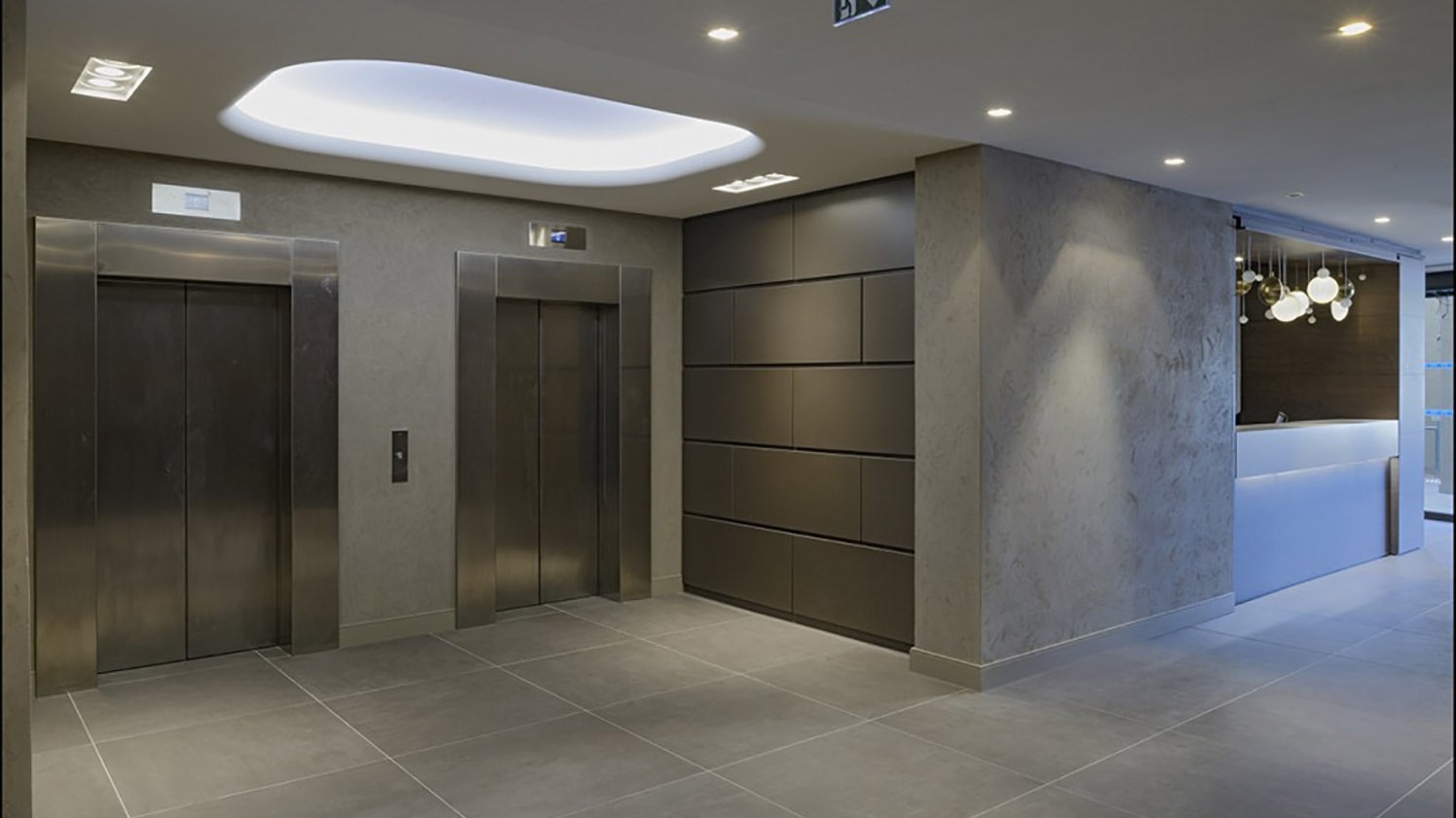 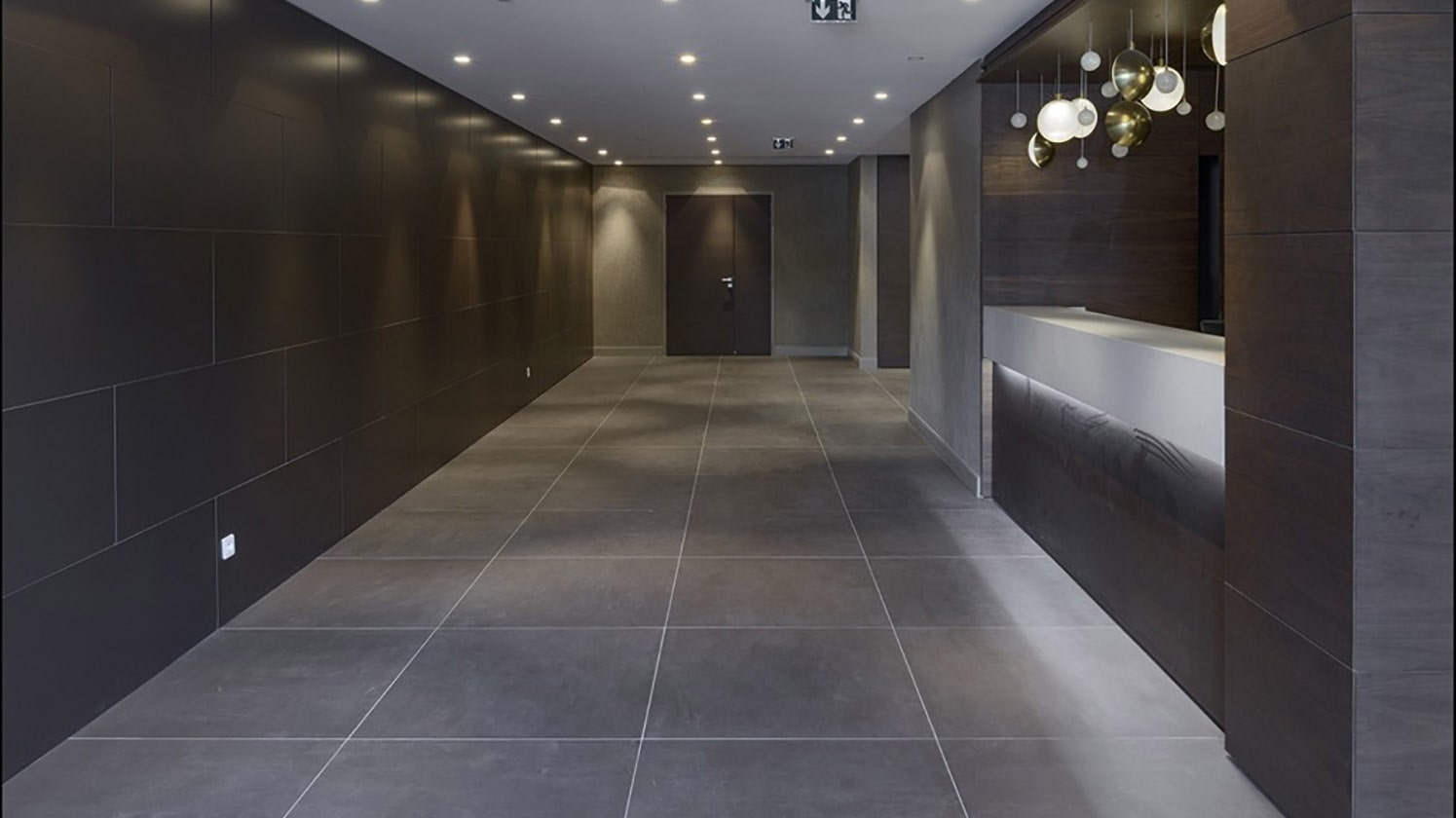 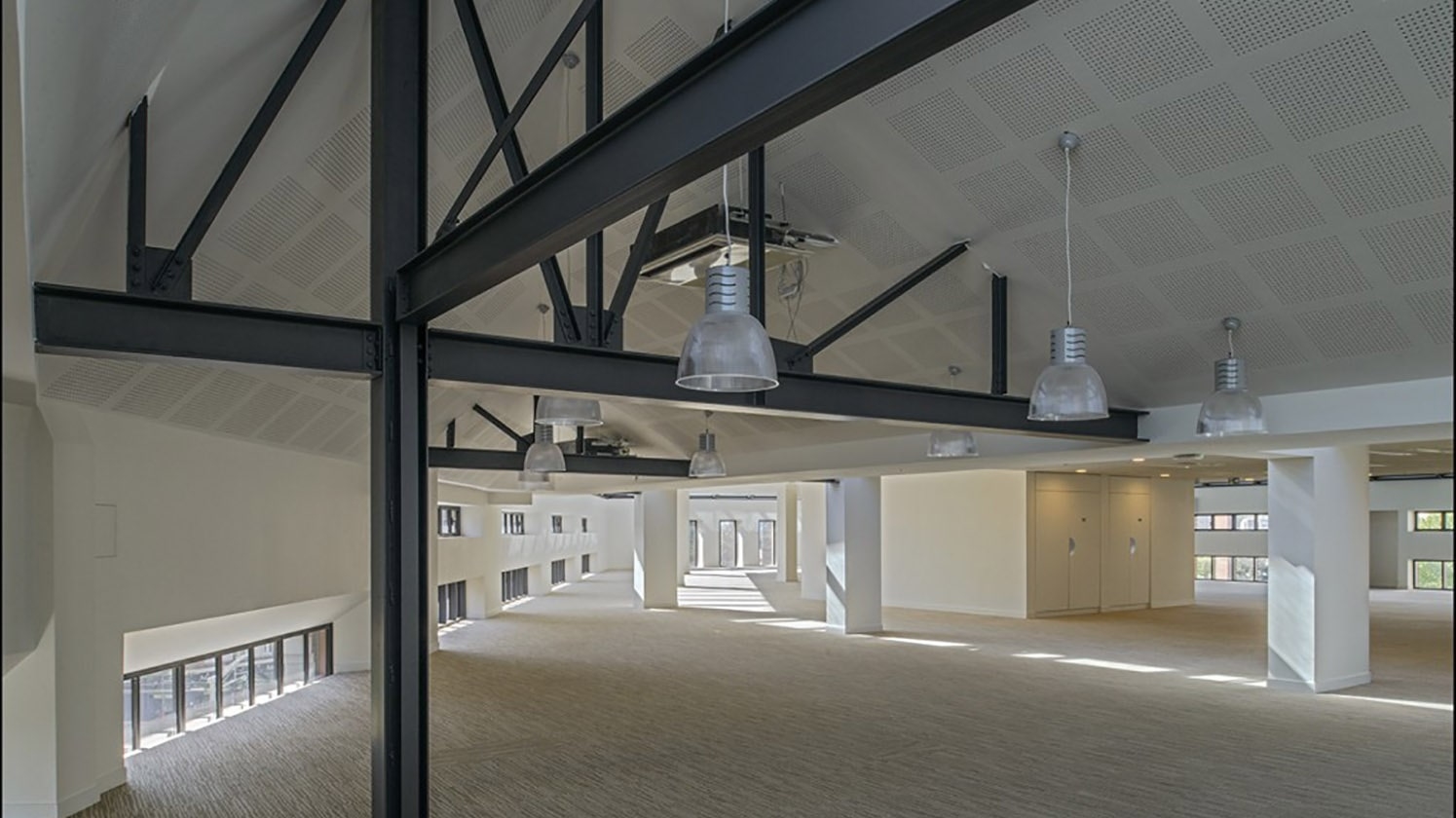